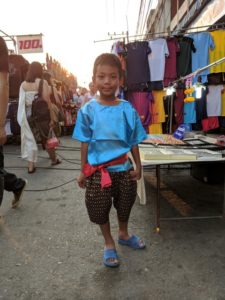 Cool – here we go. Lisa (ref. all my previous posts) has us asking four key questions to establish this next scene. While I have them listed out below, I’ve also copied them over to the Google Doc to keep that flowing as well.

What does Roti go into the scene believing?

Roti goes into this scene believing he is significant, and his voice matters.

Why does he believe it?

Because, up until now, his parents have praised his ideas, and his younger brother takes his orders without question.

What is his goal in this scene?

Present his awesome idea to the older kids.

What does he expect will happen in this scene?

I’m kinda surprised at how hard I’m suddenly finding this question to be…probably because a person’s expectations says so much about them, and I currently know so little about this character. I actually had to go through this process twice to land on what you’re about to read.

He expects that the older kids will take his advice, his suggestion will work, and his team will win the soccer game.

Roti and a handful of other kids start to play a pick-up game of soccer. They split themselves up into teams like they’ve always done, but before it starts, Roti has an idea. Roti suggests to one of the captains, an older boy named Gai that he switches Yim, a neighborhood girl that normally plays sweeper, with Tuay, a boy that plays forward. Gai does, but it costs Roti’s team the game. Roti doesn’t register that it’s a big deal until Gai throws Roti’s cleats in a nearby canal and they are washed out to sea preventing him from playing anymore.

Boom: Roti learns he’s only as valuable as his ideas.

*Sigh* I know that last sentence seems obvious, but it made this make more sense to me (for some reason).

Do you think The Scene Itself is powerful enough to warrant Roti coming to his conclusion? Let me know. Really. Working out the story like this is uncharted waters for me 🙂